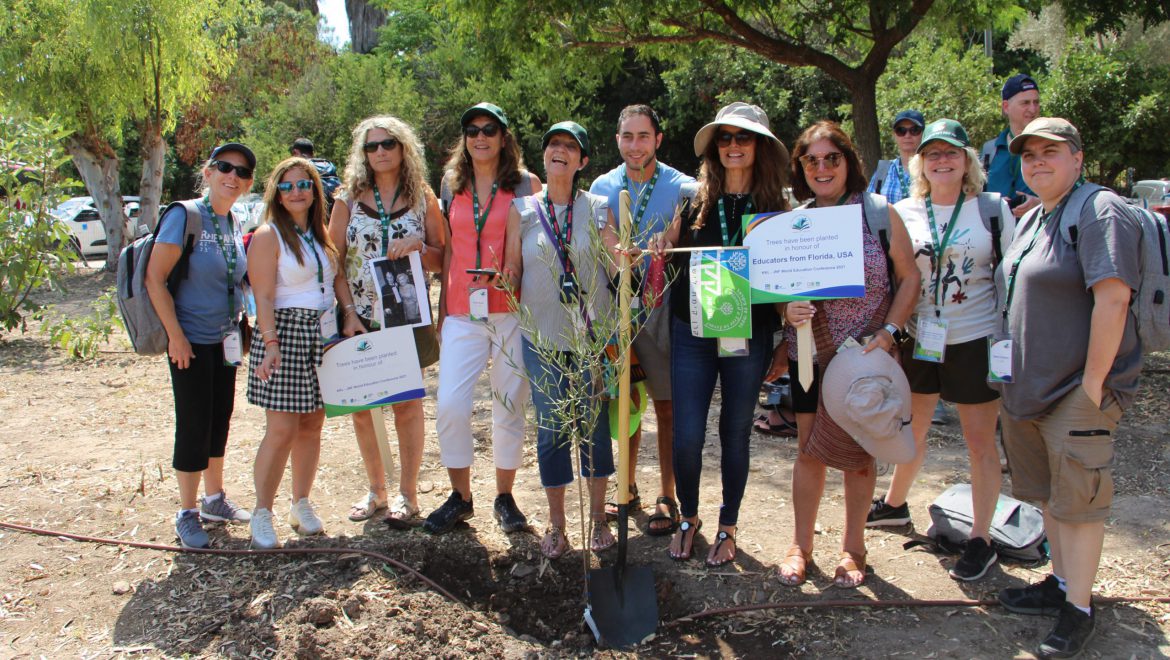 The KKL-JNF’s International Educators Seminar brought together dozens of teachers and principals from informal schools and educational institutions in Jewish communities around the world.

Over the course of a full week, participants toured the country – from the Golan Heights in the north to the Negev in the south. They visited natural and heritage sites, met with fascinating figures from the Israeli society, took part in educational workshops and shared thoughts and ideas on ways to strengthen the affinity of Jewish children and adolescents in the Diaspora to their homeland and people.

“We come to Israel first and foremost because of our love to this country,” said Sar-Shalom Jerby, Director of the KKL-JNF’s Education and Community Division to the group members. “This week, you will go through multiple KKL-JNF programs and become familiar with the State of Israel and the sites we cherish.”

The seminar was organized by the Education and Community Division’s Overseas Department. Given the Covid-19 pandemic crisis, the participation by this large number of educators in this activity bears witness to their strong affinity to Israel and the meaningful tools they are given during this program. Needless to say, the event was held start to finish in accordance with the guidelines of the Ministry of Health and after having been given special permissions.

“The Covid-19 pandemic has prevented us from making it to the Land of Israel for over a year and a half, but now we had a fabulous opportunity to visit here and be familiar with the country’s various aspects,” said Eliyahou Belhassen, a school principal from Paris.

“This particular timing was extremely important for us to make it to Israel and show our support,” stressed Merav Krevtz from the United States.

“We have been working on this seminar for a full year, and up until the last minute we were not sure it would actually take place,” said Malca Barkay, representative of the KKL-JNF’s Overseas Education Department and one of the seminar’s organizers. “It is hard to believe we actually made it!”. Her colleague in the organization, Duby Fritzky, added: “We are so moved by meeting the educators and embark on this fascinating journey with them. I’m sure they will have a life-changing experience here.”

The first day included a tour in the Shuni Park, including a moving tree planting in the Land’s soil. In the Alexander Muss High School in Hod Hasharon they learned on Jewish teenagers from around the world coming to study in Israel. In Emek Hashalom they witnessed how nature has become accessible for people with disabilities, as well as experienced themselves dealing with one.

For Gizlein Elbaz from France it was the first visit in Israel with a KKL-JNF delegation. “It is so exciting to be learning on the way Israel has been from the time of the bible to modern day,” she said.

“Joining the seminar is the best decision you could have taken this current year, and I cherish you for that,” said Daniel Ben Lulu, the KKL-JNF Emissary to France to the teachers.

Zohar Vloski, the KKL-JNF’s Educational Emissary to the United States, pointed out with appreciation that “the educators are dedicating their time night and day for the next generation and for the community.”

In the Golan Heights, group members had a bird’s eye view on the Land’s borders, heard war stories and met Israeli national hero Avigdor Kahalani for an inspiring exchange. “In our land, each and every one of us feels as if they are carrying the national flag in their own hands,” said Kahalani.

In Katzrin’s Talmudic Village they had a close look of the ancient Jewish settlement, as well as tried on the Talmud period’s fashionwear. If only the education staff’s students could have seen them. In the Hula Lake Park, they took a tour in golf carts and learned on 500 million migratory birds that travel through Israel twice a year.

“It is always exciting to come to Israel. I visited here many times, but each time you discover something new and feel internally empowered,” said Avigail Bitan from Paris.

For some teachers, it was their first time in Israel, among whom Eileen Dirda from Florida. “Visiting Israel has been part of my dream list for a long time, and I’m really having a wonderful journey here. This small country is huge, and I must come back because there’s so much more to see here.”

In ancient Zefat, group members toured synagogues, galleries and allies, and felt the spiritual experience in the city of Kabbalah. “It is wonderful to discover the beauty of the Land,” said Rabbi Moshe Schwarz from Baltimore, the United States. “This is an empowering and enriching experience, especially when one undergoes it alongside other Jewish educators.”

One of this week’s most moving events was a memorial service in the 9/11 Commemoration Site, attended by the American teachers in the Memorial built by the KKL-JNF in the Arazim Valley in Jerusalem.

“Visiting the Memorial is extremely emotional, but also makes you feel incredibly hopeful,” said Joanne Wonder Valda from the state of Maryland in the United States. “It means so much that people from different nations can share respect and bear in mind the tragedies of others.”

On Friday, educators visited Yad Vashem, where they also underwent a lecture on how to pass on the topic of the Holocaust to students, toured the City of David and the Jewish Quarter, the Western Wall and the Mahne Yehuda market.

Teachers from the United States and Canada went all the way south to the Negev and visited the Be’er Sheva River Park that is revolutionizing the region, as well as in the towns of Haluza. Teachers from France visited the Castel National Park and in the Sataf, a KKL-JNF site, and had a first-hand impression of the wonderful views, the azure lakes and the ancient biblical agricultural remains.

In the Kiryat Malachi KKL-JNF House for Excellence, everyone had a glimpse of a meaningful educational activity led by the KKL-JNF in order to narrow the gaps between the outlying areas and the center of the country, as well as had a first experience with the Overseas Education Department’s educational kits, including the Land of Israel map, My Vision and Israeli Inventions.

“I visited Israel many times, and still I discovered many new things this time, from north to south,” said Lisa Tenenbaum from Florida. “I got multiple ideas and tools here on ways to make Israel a central focus area while learning in class.”

The delegation’s closing evening was held in the Tower of David in Jerusalem. “We had a fulfilling and gratifying week, and I encourage all of us to pass on the messages and values we were given to our class, our family and our community” said closing evening Varda Sabbag from Montreal, Canada.

“We went through a meaningful education journey, we learned so much and felt an affinity to Israeli culture. I’m grateful for the KKL-JNF for the opportunity,” Elody Dioutou from Paris concluded this moving week.

We finished the journey by giving KKL-JNF Ambassadors’ certificates to the educators, alongside wishing them the best of luck and bon voyage in Beit Hatfutsot: “Anu” are in Tel Aviv!! 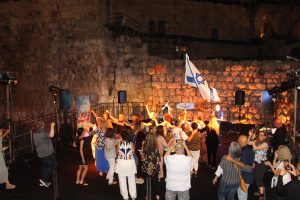 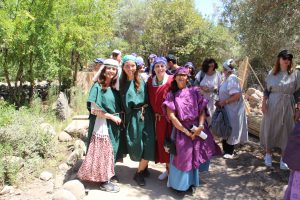 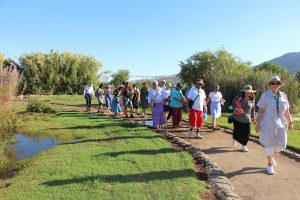 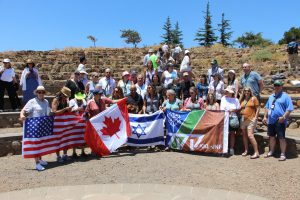 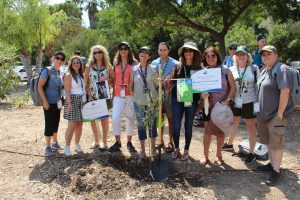