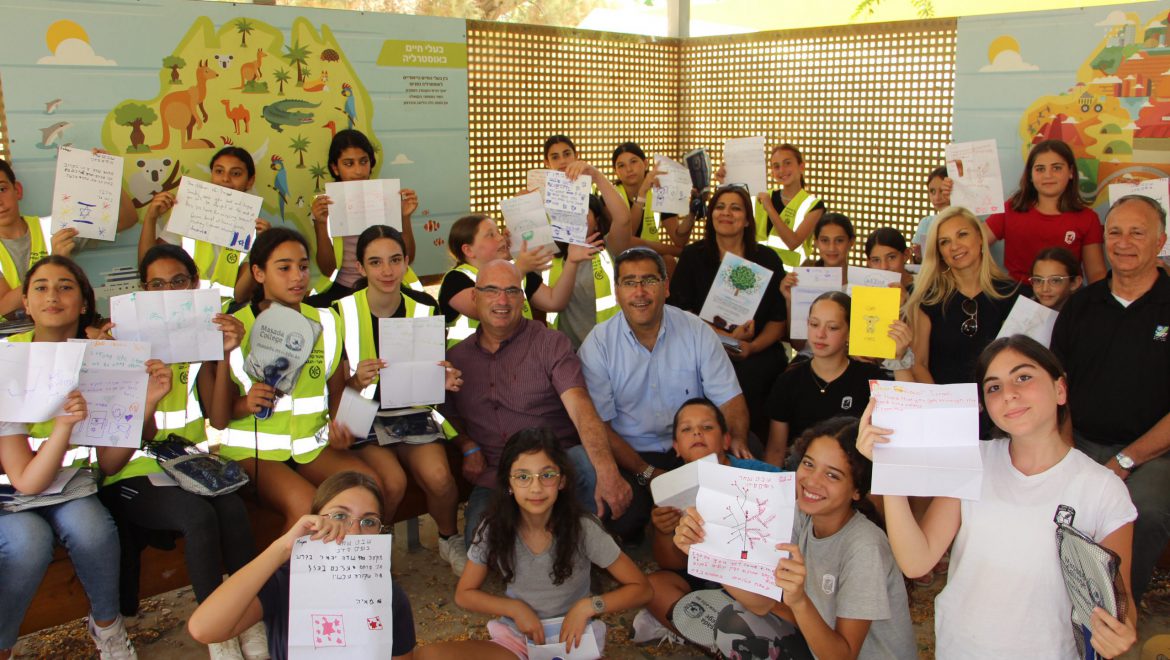 During recent operation “Guardian of the Walls” in Gaza, KKL-JNF Shaliach to Australia, Yigal Nissal, initiated a project of writing cards to the children who live in southern Israel, to express solidarity and to allow the Jewish community of Australia to make a stand alongside Israel.

As always, the students from Masada, Keter Tora, Har Sinai, Har Hamoria schools, together with Jewish scoffs in Australia sent more tan 1’000 letters and gifts to their peers in Sderot and the Gaza envelopes settlements.

On June 23rd. hundreds more letters were handed out at schools in Sderot by the Mayor and KKL-JNF representative Mr. Dovi Partzki.

The 11 years old Nir Adamti, received a letter from Zoe Kalish from Moria school in Sidney, which ended in a prayer that peace will return soon (see pictures attached). Other letters contained massage such as “you are not alone”’ “we wish you peace and security” and “you are in our thoughts and prayers”. Excitement among the kids grew as the letters kept coming, through those letters both sides have learned on the mutual responsibility for every Jew, no matter where in the world. KKL-JNF Shaliach has conveyed the experience and sentiment to the participating schools.