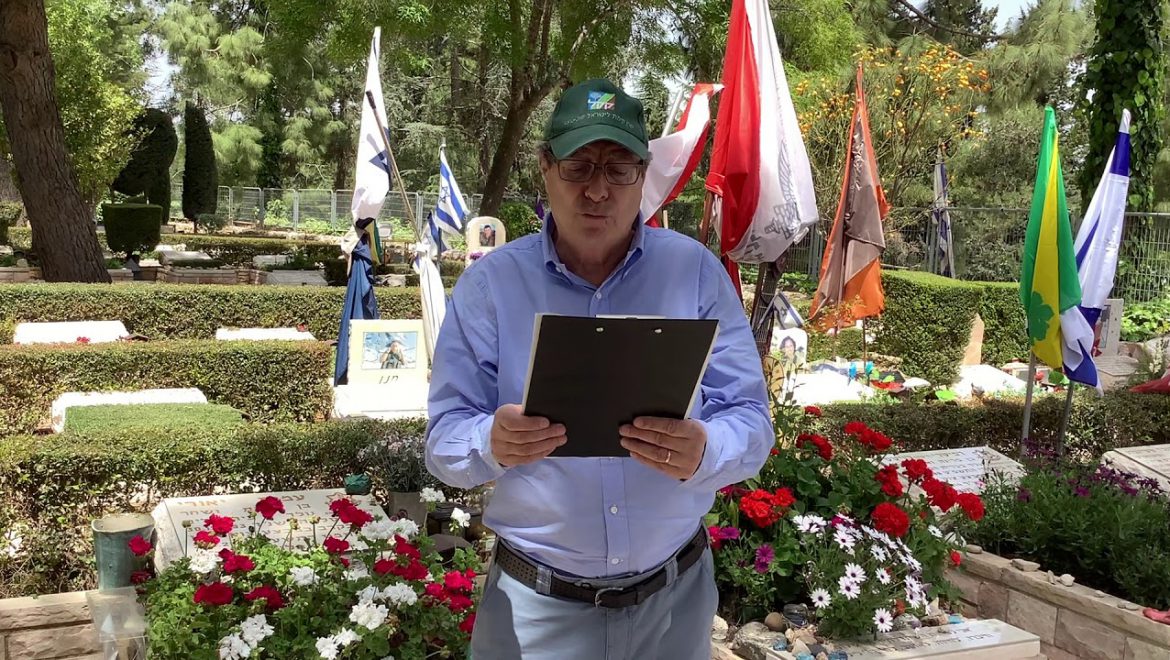 At this unprecedented time in history, on Yom Hazikaron we invite people around the world to virtually unite in memory of Israel’s fallen soldiers and victims of terror.

Join the Yizkor Memorial Prayer led by the KKL-JNF’s Education Representative, and write your own personal prayer or letter to the fallen soldiers of the IDF that expresses the concept of “In their deaths, they commanded us to live.”

Before Yom Hazikaron, log in to the site and upload a picture of your prayer using the “Add Media” button. We will publish your prayers alongside the stories of the fallen.

Filmed just days before Israel’s National Memorial Day, the following video (0:12) shows the Mount Herzl Military Cemetery in Jerusalem completely empty due to the global COVID-19 pandemic. At this time of year, the sacred burial place for IDF soldiers and victims of terror is usually full of visitors who come to remember and salute the fallen, including family members, friends, loved ones, and complete strangers who feel indebted to those who made the ultimate sacrifice for the Jewish people and the State of Israel.

In the following video (0:56), the KKL-JNF Education Representative recites the Yizkor Memorial Prayer for Israel’s Fallen Soldiers oh behalf of all of the Jewish people in Israel and around the world in the Mount Herzl Military Cemetery in Jerusalem.

This year, the cemetery will be completely empty on the very day where Israelis of all backgrounds usually stand together side by side, united in mourning, pride, gratitude, and remembrance. Although we may not be able to psychically gather together at this time, we invite people around the world to virtually gather together in prayer and solidarity, remembering Israel’s fallen soldiers and victims of terror. The hearts and thoughts of the Jewish people in Israel and around the world are with those who have given their lives for the State of Israel.

We encourage you to fill the deserted cemetery with prayers from afar in order to honor the sacrifice these brave young men and women made for the Jewish people and to embrace the families who have lost loved ones.

We are One Nation with One Heart.

May their memories be a blessing.