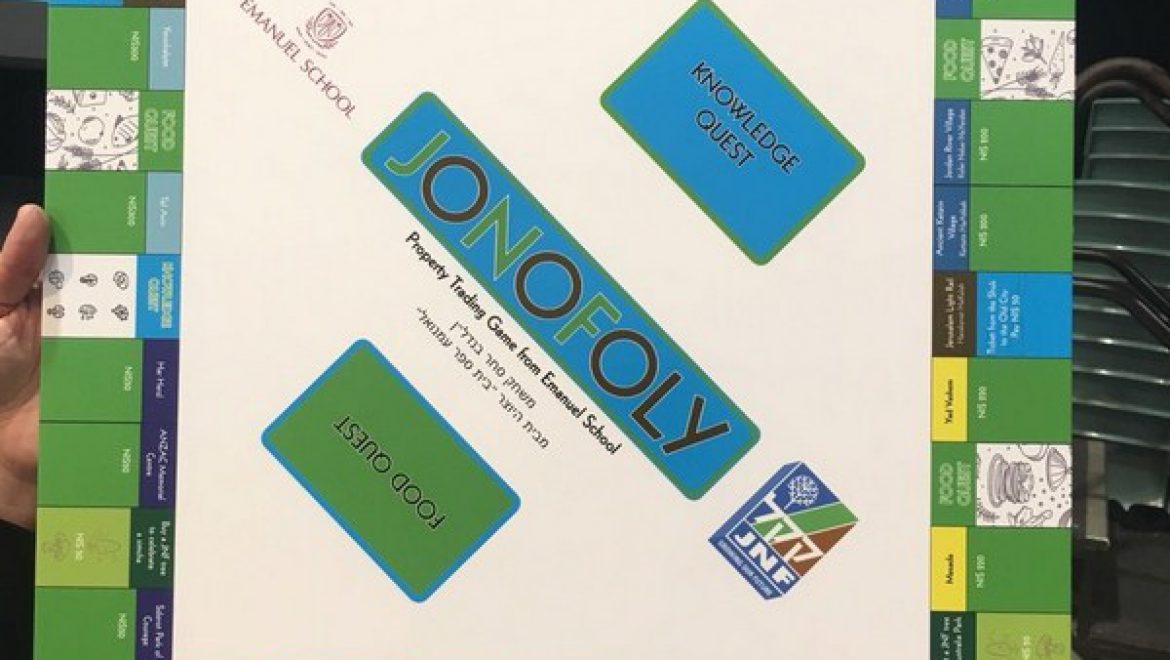 After participating in KKL-JNF’s annual Study Tour in Israel in 2018, a group of educators from the Emanuel School in Sydney, Australia created a Monopoly-inspired game that imparts knowledge about Israel and educational, Zionist, and ecological values, with KKL-JNF at the center. The participants were tasked with creating an educational game that would convey what they learned throughout their journey to their colleagues and students back home, in honor of the State of Israel’s 70th birthday.

Designed by the teachers and executed by professionals, “JONOFOLY”  includes printed Israeli-style money, cards with questions and tasks about different aspects of Israel and KKL-JNF, and a board featuring all of the places in Israel that they visited on their 10-day trip throughout the country.

While only fourteen teachers in the school participated in the Study Tour, they have had a major influence on Israel programming and the relationship between the community and the KKL-JNF educational shlichim. The teachers presented the game at an end-of-year event in June 2018.

“It is all very well to express enthusiasm and appreciation for KKL-JNF for its work. But to get something tangible out of it that will serve thousands of pupils over the coming years as a result of the cooperative effort – that is something that happens once in a while.”
(Yigal Nisell, KKL-JNF Emissary, Sydney)